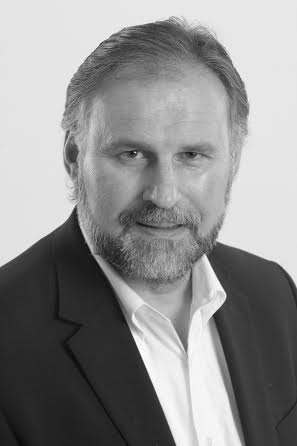 Tom hales from Saddle Brook in Bergen County, NJ.  Following high school graduation, he entered military service and served in the United States Air Force. He was stationed at Grand Forks Air Base North Dakota where he was attached to the 321 Strategic Missile Wing. Having entered military service at 17 years of age, he was already a non commissioned officer by age 20 and subsequently received the Air Force Medal of Commendation.

Following his military career, Tom attended Rowan University where he received his Bachelor of Science Degree in Business Administration. After graduation, Tom worked for investment firms Dean Witter Reynolds and Paine Webber, where he managed client portfolios as well as a investment advisory business. After nearly 18 years, Tom left Wall Street to embark on a new career. After receiving his licence in real estate, he joined New Jersey based Weichert Realtors. There Tom quickly made a name for himself as he earned regional sales records in New Construction and Luxury Home Sales. He quickly became the "go to man" for homeowners with large, hard to move homes. In 2009, Tom moved his business to Coldwell Banker. Tom continues to be acknowledged by both the real estate community as well as the New Jersey Builders Association for his work with new construction.

Tom's unique ability to seek out prime construction sites and develop high end luxury homes has him in demand by builders and home buyers alike. His knowledge of the northern New Jersey market area, especially Bergen, Essex, Morris & Passaic Counties make him the Realtor of choice.

Working with Tom has been an uplifting experience. We had interviewed several different realtors and all seemed to not be interested in our needs. While Tom made it clear it might take time to get exactly what we wanted, he assured us that if we were patient, the home we were looking to get would eventually become available....and it did.Thank you for being patient with us and please know we consider you a friend. - G.B.

Tom has done a great job over the years advising and assisting us in acquiring and disposing of property, as well as managing rental properties for us, not only a profitable relationship, we have developed a strong personal relationship, I trust Tom entirely and without hesitation would recommend his services to anyone who needs a real real estate pro with talent and integrity. - T.O.

Tom, just a note of thanks for all you've done and been through over the last several months. You said that building the home was going to be a lot of fun, maybe from the buyers viewpoint. You were there in the freezing cold and some of the worst weather in years and made sure that we ended up with the home of our dreams. We love it and will be forever thankful for the care and attention that you gave to both the final look as well as our needs. I can assure you that we won't hesitate in giving our friends your name. It's been a great experience that we will cherish for years to come. Thank you! - J.M.